The Silver Spring Police Department is proud to be a participant in the nationwide Drug Recognition Expert (DRE) program. Sergeant Todd Lindsay has been a certified DRE since 2009 and supports all local law enforcement officers with determining the level of drug impairment stemming from a DUI traffic stop.

Last year in Pennsylvania, more than 52,000 persons were arrested for driving under the influence. Nearly 25 percent of those arrested, nearly 12,000, were drug impaired (DUI-D). The increase in DUI-D arrest has been an ongoing trend since 2004 when Pennsylvania began training Drug Recognition Expert () officers.

That training effort was augmented in 2007 when the Advanced Roadside Impaired Driving Enforcement (ARIDE) training was introduced to officers in Pennsylvania. ARIDE officers are given the tools to detect drugged drivers and the information to utilize the DREs to further investigate the potential DUI-D. There are currently 130 DRE's in the Commonwealth of Pennsylvania that completed over 1300 drug influence evaluations this year. There are 24,000 DRE's nationwide. In 2012 there were 3306 crashes and 126 of them involved fatalities. In 2013 there were 3267 crashes and 143 of them involved fatalities. Statewide police statistics show that there were 54,121 driving under the influence (DUI) arrests in 2013, a decrease from 56,317 in 2012. DUI-drug arrests continue to account for a larger percentage of these arrests, with 18,987 such arrests in 2013, an increase from 17,064 in 2012.

To be certified as a DRE, an officer must undergo a grueling training regimen which encompasses roughly 150 hours of both classroom and field training. Seven drug categories are exposed through the DREs standardized systematic evaluation process which is used not just in Pennsylvania, but nationally and internationally. The seven different drug categories covered during DRE training include: 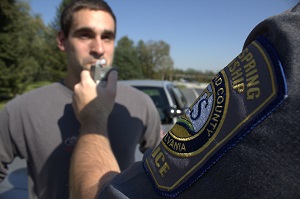 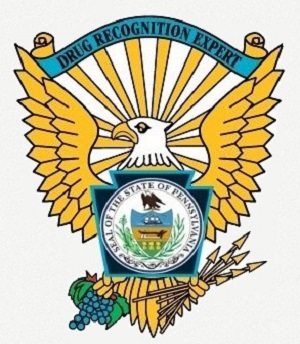 While certain field coordination tests can be duped by the chronic drugged driver, other bodily functions such as blood pressure, body temperature, and eye reaction, to name a few, are uncontrollable indicators which help a certified DRE determine whether the driver is under the influence of a drug.

For purposes of impaired driving enforcement in Pennsylvania, a drug is defined as "substances other than food intended to affect the structure of any function of the human body." Prescription drugs, over-the-counter drugs, illegal drugs, and designer drugs such as Spice and bath salts will land you in jail for a DUI.